skip to main | skip to sidebar

Looking to get away this spring?
Allegiant Air has flights as low as $29 each way ($58 round trip) to Orlando on select days in March and April.
Here is the catch... the flight leaves from Rockford, IL (This may not be an issue for you, depending on where you live.) and arrives at the Orlando/Sanford airport which is about 40 min. outside of the city. Still a great deal if you don't mind doing a little driving. There are other deals departing from other cities too. You may find a similar deal departing from a city closer to you if you take a look.
Check out the Rockford/Orlando deal HERE. (You will have to select the cities Rockford and Orlando to see the deals on certain days when you get to the site.)

You might have to jump on this deal though because prices often go up by the next day.
Posted by Gina at 2:32 PM 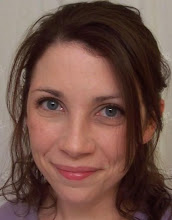 Everyone Wants A Good Buy...

And we're your girls!
We are both moms looking for ways to save a buck. This is our site dedicated to deals, freebies, coupons and thrifty ideas.
Hello and Good Buy!